The “Rührteufel 3.0” is currently in the “idea phase” and can be seen as a consequent further development of the “Rührteufel 2.0”. Instead of the manual temperature preselection for the rest stages, automatic control of the mashing process via predefined temperature profiles is to be used. A Raspberry Pi and corresponding software are planned as the centerpiece.

The final software and hardware configuration has not yet been finally decided – either an existing Raspberry Pi-based project is used or an in-house development is started. 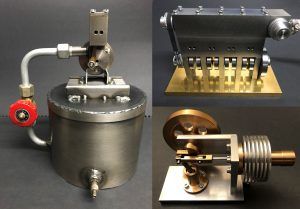